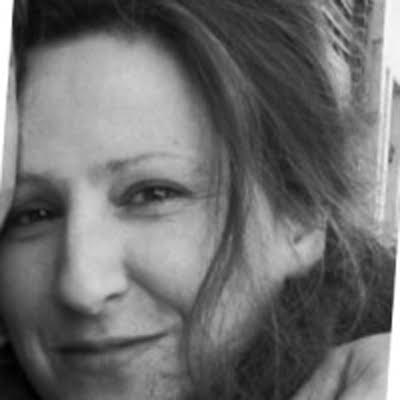 Sarah was raised on a farm in Virginia. It was during this time she lived with ultimate freedom, simplicity and imagination.  These qualities are reflected in each of her creative endeavors.  After a number of years on the farm, Sarah moved to Massachusetts, where she began to develop her talent as an artist.  At this time, she began her studies in art history, architecture and visual arts.  After school, she moved to San Francisco, where the west breathed life into her creative process.  Abrupt landscapes, wide expanses and rich culture cast its spell.  Sarah worked with several theater companies as principal set designer.  These productions gave Sarah the opportunity to utilize her skills in sculpture, woodworking and painting.

In 2006, Sarah and her husband moved to the Asheville area.  It was at this time, Sarah created beeswax & acrylic paintings.  Beeswax is a translucent material which blends the colors to have an element of light.  Multiple layers of paint and wax are applied to reach its final state. First dark colors, then lighter and lighter colors emerge.  This application of color is deliberate in its attempt to pull the light from the darkness.  Sarah seeks to capture, in her work, the important relationships we have with trees, flowers, animals and all things in the natural world.  These relationships offer a sense of peace, grounding and calm which is so essential to the quality of one’s life.

With this collection, Sarah worked as an illustrator, for Hallmark Greeting Cards, for over a decade.  She was nominated for two prestigious Louie Awards, in connection, with the Greeting Card Association.  Her original paintings are widely collected, by many, including former Governor of North Carolina, Bev Perdue.  Recently, Sarah was asked to create a collection to honor the US visit of His Holiness the Dalai Lama XIV, to Emory University in Atlanta.  The collection was inspired by the teachings of Cognitively-Based Compassion Meditation Training.  Sarah’s original work is represented by a number of galleries in and around Asheville, NC.